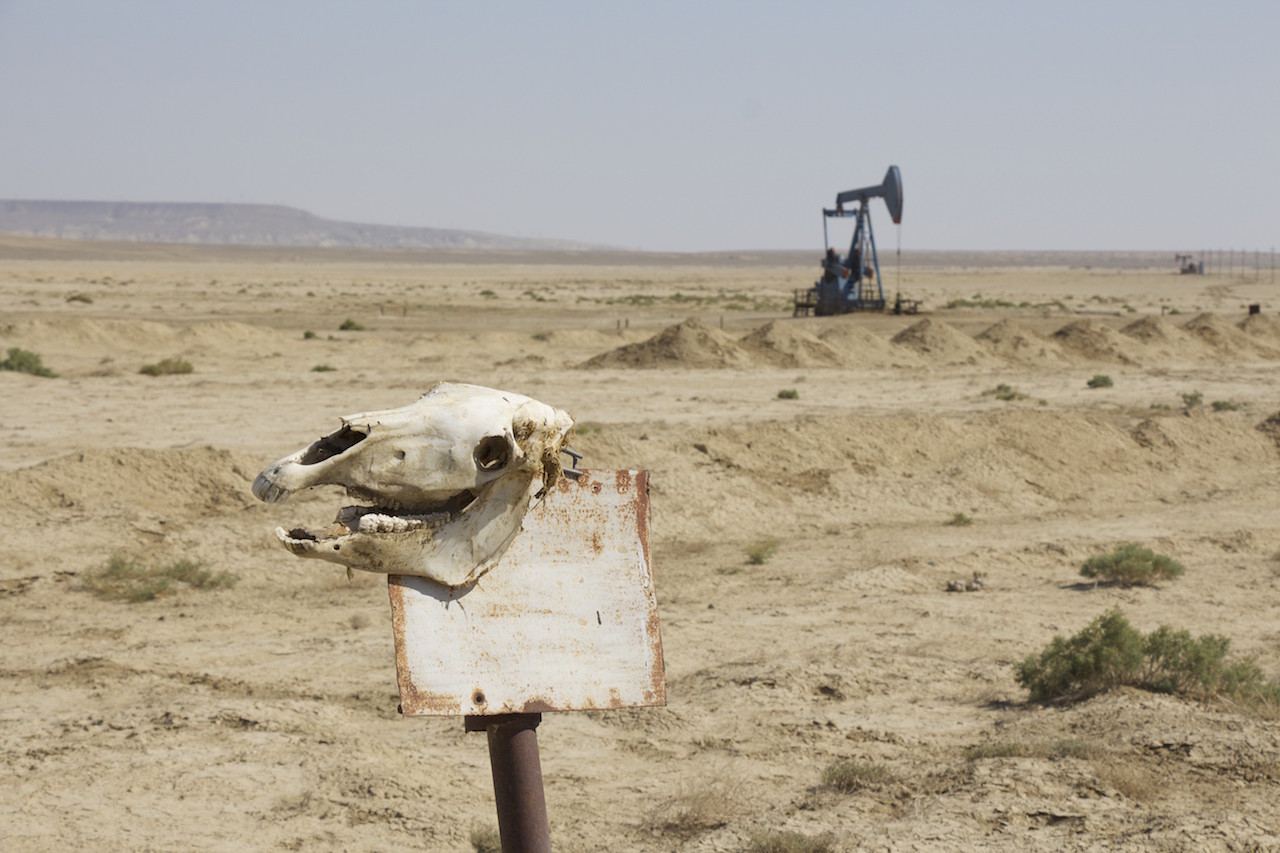 The Golden Road to Samarkand

Perhaps the best way to introduce the dusty, enchanting and beautiful journey into Uzbekistan is to quote from James Elroy Flecker’s 1913 poem, for within the desert surroundings and its barren, eternal landscapes, Uzbekistan is home to some of the most magnificent architectural jewels one could imagine.

“We travel not for trafficking alone, By hotter winds our fiery hearts are fanned. For lust of knowing what should not be known We take the Golden Road to Samarkand.”James Elroy Flecker, 1913

Built up, torn down and regenerated by countless empires, the country is steeped in a history in which legendary figures such as Genghis Khan are deeply embedded (his notoriously destructive armies swept through China and Central Asia in the middle ages). It is the birthplace of Timur (also known as Tamerlane), who ruled an empire considered by many historians as greater than that of Alexander the Great, who himself also passed through here in about 329BC and is reputed to have exclaimed on entering ancient Samarkand (known then as Marakanda):

“Everything I have heard about Marakanda is true, except that it’s more beautiful than I ever imagined.”Alexander the Great

Before we could begin our journey across this desert kingdom, we had one more desert to cross, that of the Mangystau Province in Western Kazakhstan. We disembarked our surprisingly luxurious Caspian Sea Ferry (see our earlier blog for a detailed overview of the logistics and reality of this infamous sea crossing), said goodbye to the diverse and assorted array of truckers that had been our company during the crossing and had kept us thoroughly entertained with bawdy jokes and ready supplies of bread, snacks and vodka, and we headed off into the flat, dusty desert. 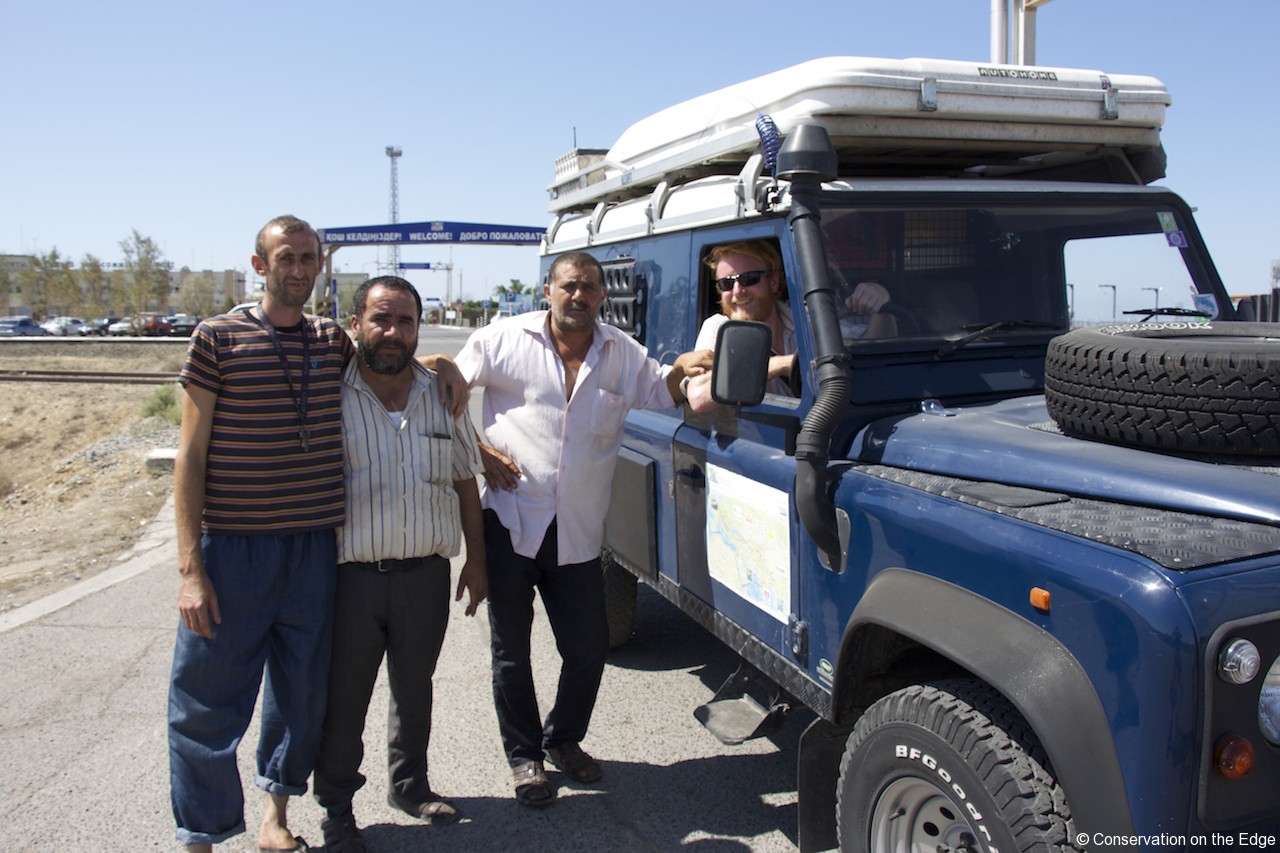 Photo: Buddies from the cargo ship across the Caspian Sea

I use the term dusty here very literally, as about four hours into the trip, the oil pumps and stony hills disappeared in a fierce storm that whipped up the deserts sands and blotted out the sun. The storm had closed the border with Uzbekistan by the time we arrived. Pulling scarves around our faces, we battled through the wind and sand to the roadside café to shelter, drink chai and try politely to avoid the flattering, but persistent, propositions of one our companions – he was offering us, very good naturedly and with a twinkle in his eye, his daughter’s hand in marriage. The situation was made slightly more awkward as she was sitting next to him, but finally the winds died down and, without causing too much offence, we thanked him for the offer and prepared for the border. 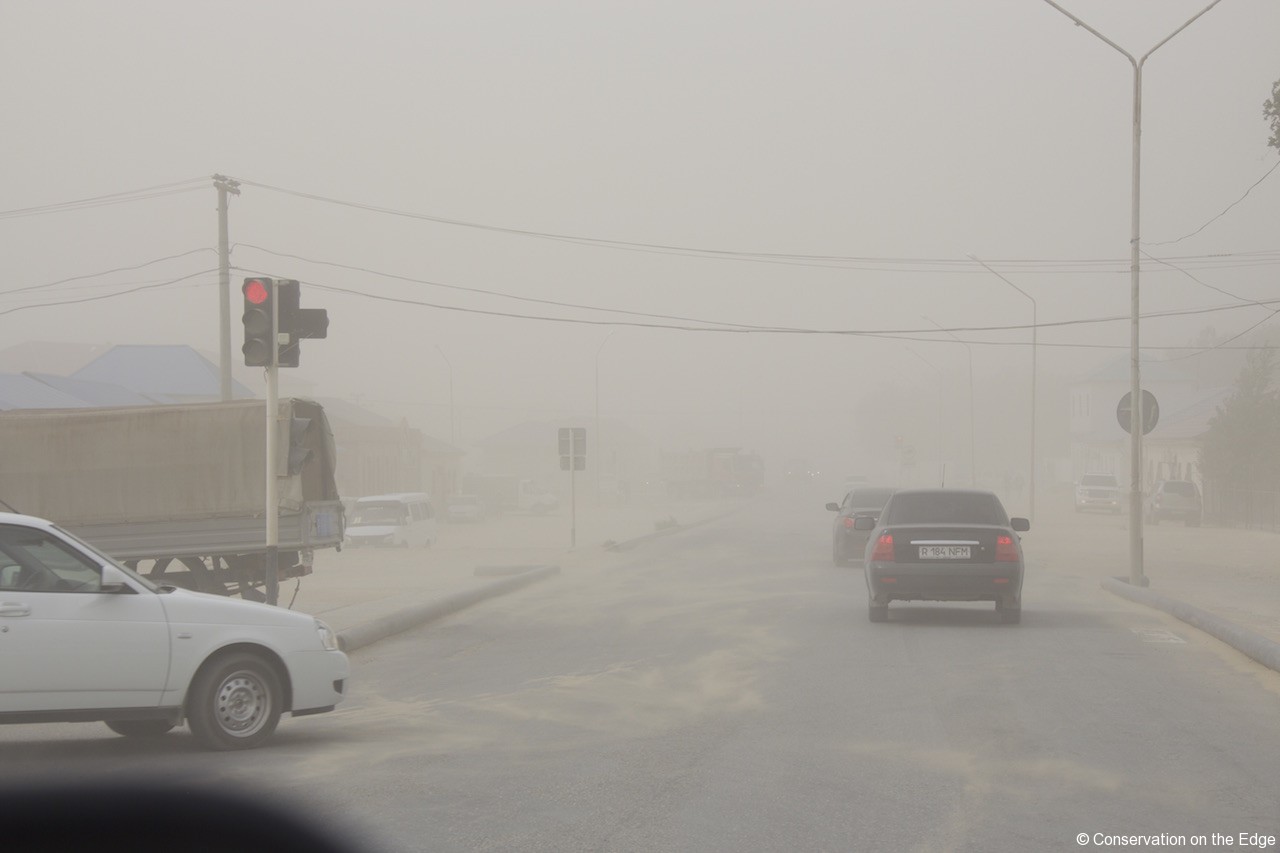 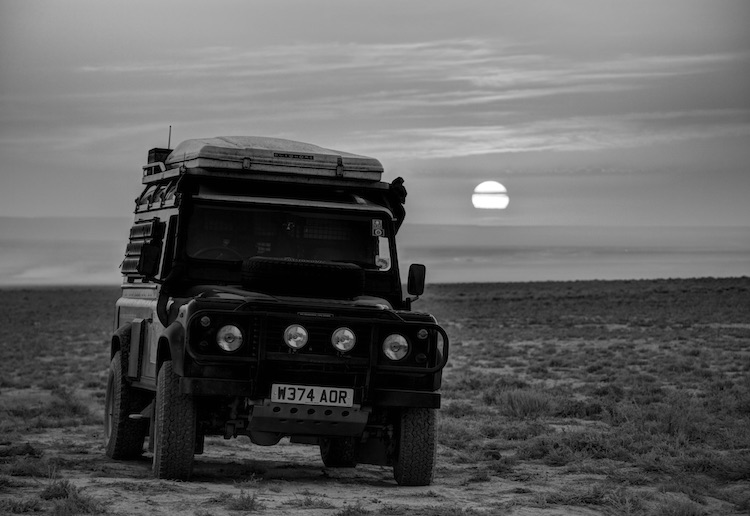 The use of the word “prepare” is very much intentional. Uzbekistan as a country has a reputation for being a closed and tightly regulated state. Since independence from the former Soviet Union, it has effectively been a one party state. Political opposition has been brutally crushed, and laws intended to curb the rise of extreme forms of Islam have been used to justify the kidnapping and execution of those seen to be a threat to the status quo. Only nine years ago, after the Andijon Massacre, when between 155 and 1000 protestors were killed, the government expelled numerous foreign NGOs in response to severe sanctions imposed by the international community, and the country’s reputation for isolation reached new lows. Although relations have improved in recent years, the borders remain tightly controlled. We were strongly advised to ensure all sensitive materials, from photos and medicines to magazines, emails and any material that might be considered inflammatory, be disposed of prior to crossing.

Waiting in line we saw cars in front of us being thoroughly searched: panels came off doors, boots were emptied; we resigned ourselves to a lengthy, tiring and potentially expensive (corruption is to be expected) experience. 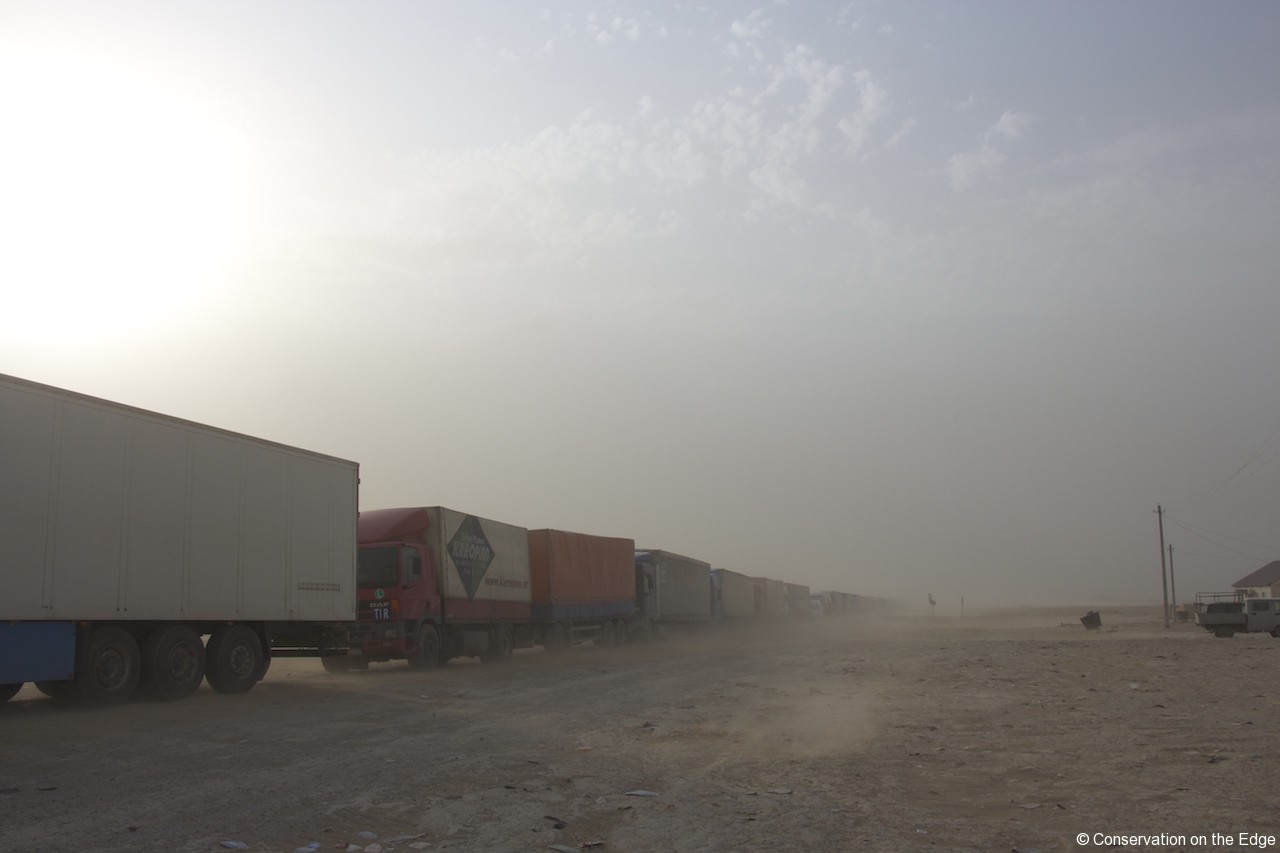 Photo: Long wait at the border

This was, in all honesty, largely due to us being disorganised and messy individuals. By this point on road, the back of the land rover represented the proverbial bombsite. Bags, rubbish, clutter. Everywhere. On opening the back the guard took one look, made a sort of huffing sound, rolled his eyes, and flicked his hand. He could not, it would seem, begin to be bothered to sift through the piles of debris (frankly, nor could we half the time!). Stu’s experience was not so rosy, but having found no incriminating evidence on his laptop or in his bag, they finally ushered us through and we were on our way: to take the “Golden Road to Samarkand”.